To Snare A Witch by Jay Raven 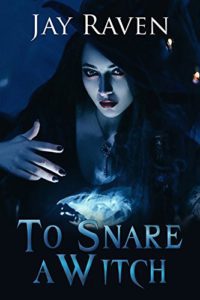 I loved this book. My dissertation at university was on the subject of witchcraft in Elizabethan England. This book is set during the reign of Charles I (so about 50 years after the era I studied).

This book has been well researched and the description of the process of locating witches was both accurate and horrific. Witches in England were not burned at the stake: this was the fate of witches in Europe.

My only complaint is the book is too short, I’d have loved it to be longer!

The book begins with the ducking of a suspected witch. This is where a person would be tied up and thrown in a pond. If they sank (and drowned) then they were innocent and if they floated then they was obviously guilty of witchcraft because water (which represented the water of baptism and the love of God) had rejected them due to their pact with the Devil. They would then be executed by hanging.

This event was overseen by 2 Inquisitors who went from town to town rooting out witchery and saving the community. Except they are not real witch hunters: they are actors.

One man knows their secret and threatens them with revealing their true identity if they do not help his scheme to ruin a woman who spurned his advances.

Elizabeth Fiennes has met the love of her life but on her wedding night her new husband is whisked away by the Inquisitors accused of witchcraft. Desperate, she turns to Sir Henry Cruttenden for help and he agrees in exchange for sexual favours.

I won’t spoil the ending but there is a brilliant twist in the book which made me shout out a triumphant ‘ha!’

Here is the official book blurb:

TO SNARE A WITCH by Jay Raven

No female dares spurn the lecherous advances of Sir Henry Cruttendon, 17th Century England’s most reviled nobleman. To do so risks a retribution that would terrify the Devil himself.

But Elizabeth Fiennes is no ordinary woman, blessed with stunning beauty, intelligence and guile. Coming from an influential family, she believes she is safe.

What she doesn’t understand is that the Earl is determined to satisfy his lust and plans to use the wave of witch trials, fear and superstition sweeping the countryside to force her into his clutches.

And as he springs his malicious trap it triggers a chain of unholy events plunging hunter and prey into a maelstrom of deceit, terror and depravity – leaving them both staring into the face of true evil…

Jay Raven is the author of Gothic chillers and historical horror reminding readers that the past is a dangerous place to venture, full of monsters and murderous men.

He blames his fascination with vampires, witches and werewolves on the Hammer Horror films he watched as a teenager, but living in a creepy old house on the edge of a 500-acre wood may have something to do with it. 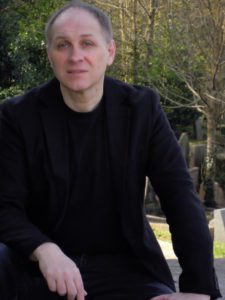 *I received this book for the purpose of the book tour but all opinions are my own. 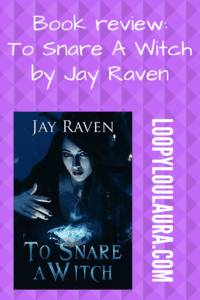 Game of Crones, by Jay Raven 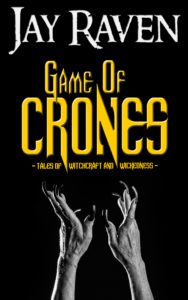 Witches and malevolent magic are at work in this series of short stories from Jay Raven. The stories are varied, covering a range of historical eras, cultural backgrounds, and a multitude of myth and mystery.

I often avoid short stories as I get frustrated by the shortness! However, Game of Crones was brilliant!

Obviously some stories I enjoyed more than others but the range of plots and characters made for fascinating reading from the very first page. There was a whole spectrum of emotions which is quite an achievement in a short story but shows the skill of the author.

The plots of these stories are all so varied and clever (have a look at the descriptions below). The stories are all self-contained and most complete the narrative in a way that concludes the story naturally. Yes, you want more because it is so good but it has ended appropriately so you feel satisfied.

The horror is understated and I would love to use these stories as an introduction to the genre for my eldest. These stories also show us a lot about human nature, the desperation, the hope and the destruction. Mixed with potent magic and insidious suggestion, the scene is set for a horror masterpiece…

Read my review of To Snare A Witch! 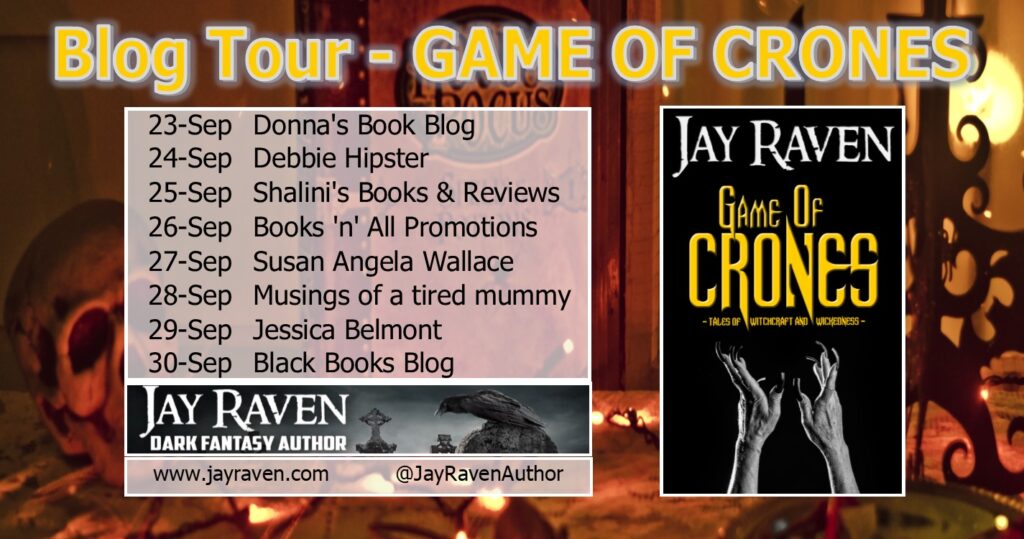 Forget Happily Ever After – the most delicious fairy tales end in darkness and despair!

Welcome to a world of cruelty, hexes and treachery, where malicious magic rules and you are but a single necromancer’s spell away from eternal terror.

From malevolent medieval magicians to Wild West witches, this spellbinding volume by a master of the macabre is packed with frightening fables guaranteed to send a supernatural chill down your spine.

 A half-crazed girl locked up in a high security mental hospital by those accusing her of causing a devastating earthquake.

 An impoverished French noblewoman who’ll stop at nothing to marry her daughter to a wealthy prince – even if it means dabbling with a dangerous love potion.

 The hated public executioner Pandora whose fabled box has already killed 55 men – without leaving a trace of violence on their bodies.

 Wily witch Merta who uses all her wits and trickery to turn the tables on the corrupt Mayor who wants her burnt alive at the stake.

 A faery mage without conscience or pity with the perfect plan to make Mankind turn on itself – and all it takes is one innocent baby.

 A drought-stricken frontier town that seeks magical help from the local Indian tribe to make it rain, but learns it comes at a terrible cost.

 The doubt-ridden King, plagued by nightmares of his death, who consults an enchantress to learn the most of hidden of secrets: just when the Grim Reaper will claim him.

 A Mid Western widow who is convinced her homesteading husband is still alive, held hostage by a sorceress.

If you’re thrilled by exciting dark fantasy tales, with cunning twists, edge-of -the seat tension and unexpected shivers, you’ll love Game of Crones. Pick it up today. If you dare… 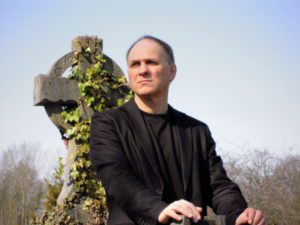 Dark fantasy author Jay Raven blames a misspent childhood watching Hammer Horror films for his lifelong obsession with history, woodland, horse-drawn carriages and visiting castles – preferably during the hours of daylight! All of which might explain why he now lives in a creepy old house perched atop a steep hill on the edge of a 500 acre forest teeming with bats.

A writer for 23 years, Birmingham-based Jay was a journalist before leaving behind the clamour of headlines and deadlines to chase his dream of capturing monsters and releasing them into the world of fiction. During that time his work has been widely published in horror and fantasy anthologies on both sides of the Atlantic.

As well as reinventing traditional Gothic horror for a modern audience, he writes alterative history urban fantasies – usually with supernatural themes. He loves to cross genres and bring unexpected elements  – if not elementals – to the party.

He has two regrets in life – that he hasn’t had a chance to visit Transylvania yet, and that his house isn’t haunted. But long suffering wife Liz has threatened to do something about the latter… 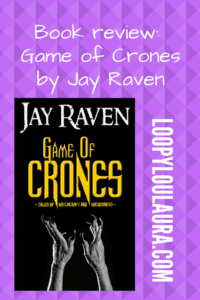