Sunday 26th February: half term is over!

Well it has been a busy week. I was SOOOOO looking forward to spending time with my older two as I really do miss them while they are at school and preschool. I had obviously forgotten that they are unreasonable human beings just like the rest of us! 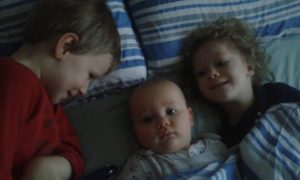 The first weekend of the holiday was very busy with parties. But this got off to a bad start when my car refused to start 🙁 Matthew got his first experience of Build a Bear. He said when he left that he was going to do a train design but it emerged as a Darth Vader instead 🙂 Anya is very jealous of it so we may have to go and sort a bear for everyone, maybe the older two can collaborate (!) to make one for Zach…

Chris and I went out to a party on Saturday as well. Yes that’s right: a second date without kids in a week!!! Same dress to save on laundry obviously 🙂 It was a surprise party for one of our friends and we had a great time. Although we suffered the rest of the week from Zach’s sleep pattern being disrupted 🙁 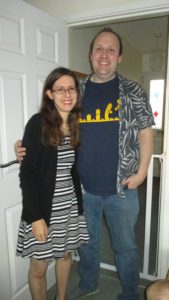 Sunday, we had the RAC come out to replace my battery. Seriously, is there a wormhole around our house that makes cars self destruct?! Still no sign of Chris’ car being fixed :'( Sadly I didn’t have the radio code so journeys in silence until Chris sorted it Wednesday night. Anyway in my silent but driveable car I took Anya to a party with the scariest bouncy castle slide I have ever seen and there were the 4 years old zooming down in like maniacs!

Monday we had children over to play. Zach loves balloons. Biting them, arrrggghhh! 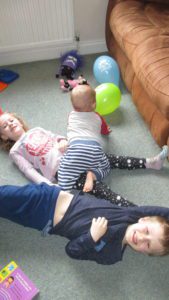 Tuesday I was knackered and resorted to some tablet time. 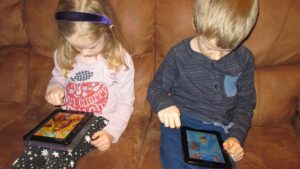 This is what inspired my vlog. Was I a lazy parent or am I preparing them for the world of technology? Even baby toys are computer based! 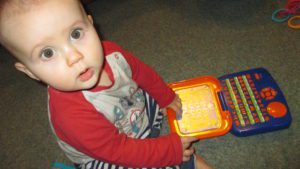 Wednesday got off to a strange start: I didn’t recognise Zach. He seems to have grown eyebrows. I kept staring at his face wondering how it was different and then realised his eyebrows seemed darker. Am I going mad? 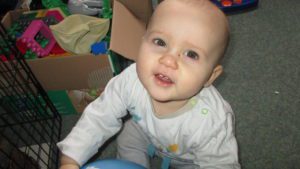 We went to my sister’s in my radioless car 🙁 Will Zach have caught chickenpox from my niece…let’s wait and see! The kids more than made up for their tech time: 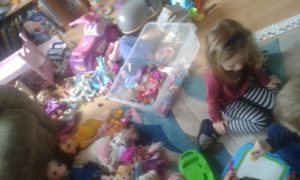 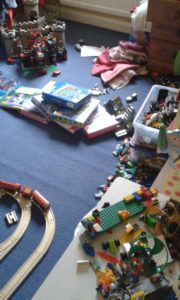 Zach also said his first meaningful word: doo meaning poo. He triumphantly shouts ‘doo’ to announce he has filled his pants: proud mummy! I didn’t warn my sister though so when he shouted it at her house I asked her to sniff his bottom and she almost passed out with the stench (gotta love teething poos!). Obviously he says mumma and dadda but they are a bit more random in their application (although he does associate dadda with Chris more than he does mumma with me, bloomin’ typical! 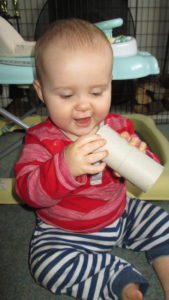 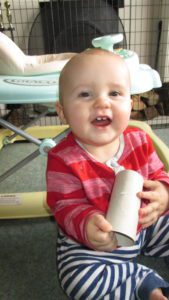 Thursday: PANCAKES! The tradition in our family is to have pancakes on any day EXCEPT pancake day. I don’t know why but this is what my parents have always done and I’m happy to continue it 🙂 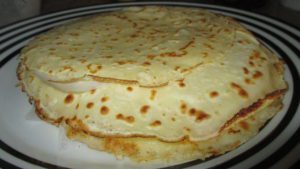 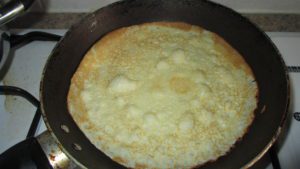 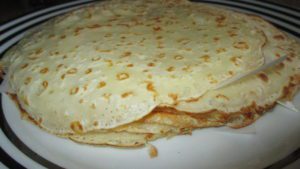 Friday we headed to Kent to visit Chris’ mum. This included a surprise birthday party (another one! none ever before in my life then 2 in a week!) with a chocolate fountain that THRILLED the kids, just look at those chocolate-y faces! 🙂 We also walked on the beach at Dymchurch and went to the playground. Hot chocolate and a roaring fire as it is apparently the coldest place on the planet (somehow even in summer): Anya ended up COVERED in hot choc on the one day I chose to put her in a white top 🙁 There is also no wifi so I felt adrift without access to, well, EVERYTHING, relying on Chris allowing me to use his mobile twice a day to check the world hadn’t ended. 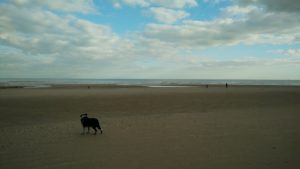 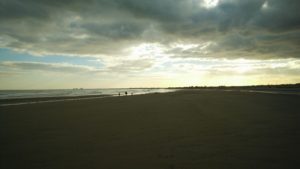 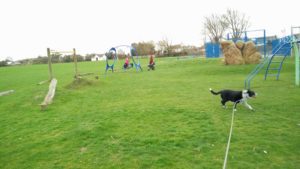 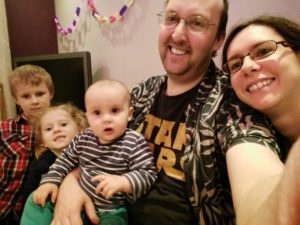 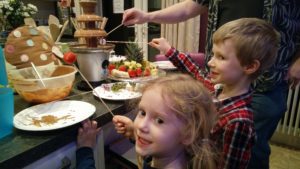 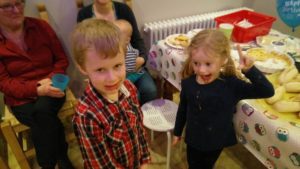 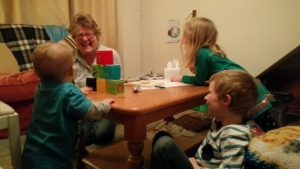 And now Sunday, we are home again. UPDATE: Chris’ car is finally fixed so can be picked up in the morning! The little girl who came to play on Monday has developed chickenpox so Zach might have been exposed twice this week! Racing around getting stuff ready for school in the morning and work (all 3 jobs, eek!) this week. Sudden panic when I remember Matthew needs a superhero costume and a shoe box… better get on with it! Bye!