Zach’s birth had a lot to live up to after the ease of Anya’s. It didn’t 🙁

I was booked in for my induction on Sunday at lunchtime and I was praying that I would be home in time to take Matthew to his first ever Beavers session on the Monday evening. It didn’t help that when we arrived there was a woman vomiting, weeing and pooing with every contraction on the ward. Not a great impression for Chris’ first experience of the birthing process! Zach was being as uncooperative as ever and I had to spend extra time on the baby heart monitor because he wouldn’t relax after the induction gel was used: little did we know that he just hates sleep!

I sent Chris home to check on Matthew, Anya and (obviously) Ollie. By 5 pm I was getting contractions but not much. By 7pm I was begging for pain relief but the contractions weren’t regular and I felt like a failure needing drugs when I still had such a long way to go.

After a lot of nagging I persuaded them to move me to the labour unit to get my waters broken at 10pm. The midwife suggested I call Chris as things might speed up. So I did but told him not to rush as the contractions still weren’t building up like in my previous two births. I was having all double contractions where one doesn’t fully go before the next one arrives and then there would be a gap of several minutes before the next double.

I was therefore a little surprised when I got the urge to push. Not as surprised as the midwife. She told me to push the button to call for help (not easy to concentrate on doing when a baby is coming out of your bits!). The senior midwife came in in time to say ‘the baby’s coming’ and then with a couple of pushes he was out. 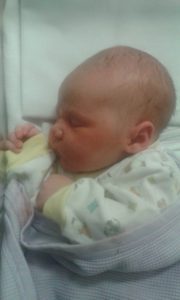 Chris missed it by about a minute but he arrived to cut the cord. I was actually quite relieved as I didn’t really want him seeing me like that. Zach shouted A LOT: he was definitely not happy to be out, maybe the speed was a surprise to him too. Again I had to be stitched up and Chris only told me (after a year) that there was A LOT of blood.

And now here he is as we approach his first birthday in a couple of days! Where did a whole year go? 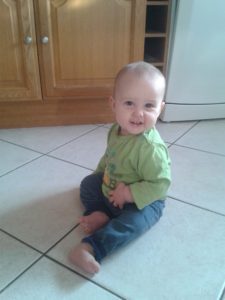 So to sum up: all of my experiences of birth have been different. The worst experience was actually being my sister’s birth partner and feeling completely useless. I can honestly say the pain is unimaginable if you haven’t been through it. But I would do it again and endure any pain for my beautiful, clever, incredibly annoying children.