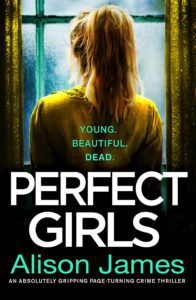 This is the third book to feature Rachel Prince but it is the first one of the series that I have read and it works well as a standalone novel.

Rachel is a police detective in the UK but in this book she is seconded to America following the murder of British actress Phoebe Stiles. The case seems straightforward and easy to solve but Rachel believes there is still a killer on the loose and then the next body is found…

I liked the short chapters (perfect for trying to squeeze a bit of reading around the kids but soooo tempting to read ‘just one more chapter’ when you are supposed to be going to sleep!) The style of writing is easy to read and it was interesting to read the differences between the UK and US police, including the way they speak!

We get an insight into the practicalities of being a murderer as well as the police procedure as the two narrative strands interweave. We see the forensics from both perspectives which is interesting to see how the killer is trying to cover his tracks while the police are trying to discover the truth.

Rachel is a confident and professional police officer but we see some of her personality in the ways she interacts with her colleague Mike Brickall. I’d now like to go and find the first 2 books in the series to see how she responds to cases on her home turf. 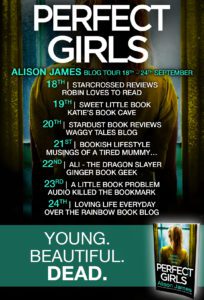 Phoebe. Tiffany. Melissa. They all made one little mistake…

The body of the beautiful English girl is discovered months later – dumped behind the back of a department store. But who was the stranger she let into the safety of her home?

As Detective Rachel Prince pieces together the mystery surrounding Phoebe’s death, another young, blonde girl is found brutally murdered and abandoned in the grounds of an old theatre.

In the most dangerous case of her career, Rachel must track down the faceless individual to stop the body count rising. But to uncover the shocking truth, Rachel has to put herself at risk… can she catch the twisted killer, before they catch her?

A gripping page-turner that will have you completely hooked until the utterly jaw-dropping twist. Fans of Angela Marsons, Peter James and Karin Slaughter will love this crime series, featuring unforgettable Detective Rachel Prince. 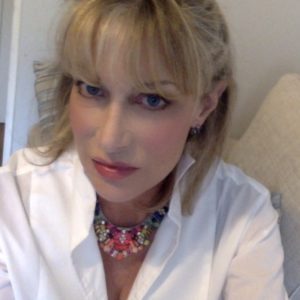 Born in the Cotswolds, Alison spent most of her formative years abroad. She studied languages at Oxford, then became a journalist and author, returning to university after her two children to take a law degree. After a three-year stint as a criminal paralegal, Alison worked as a commercial copywriter and then a TV storyliner, before coming full circle to write fiction again. 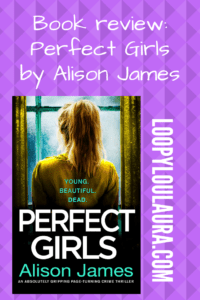