Yesterday was the first day back at school after half term. The changing clocks were my friends as the kids were awake by 6.30 ready to face the day. Chris had emptied the dishwasher so I anticipated a good day (have I said before that managing to get the dishwasher done is an indicator as to how the rest of the day will go?). We did the school run on time and I remembered Matt’s PE kit and new trainers, yay me!

Zach shocked me bu having a good morning nap. I think he likes to throw me a curve ball sometimes just to surprise me and get my hopes up. Or maybe it was because he’d been awake for 3 hours in the night and was just plain knackered.

Anya has discovered Peppa Pig again in a major way so I let her watch some episodes just to keep me sane. I also find most of them quite hilarious 😀 We played MANY games of Guess Who which was fun for the first half hour or so…

I got distracted by work so unfortunately my lunch was a major fail: 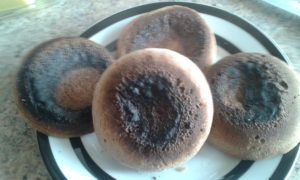 So I ate cake instead: 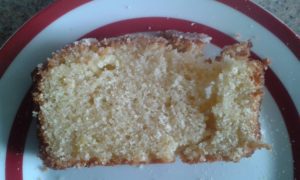 I took Matthew and Anya trick or treating! 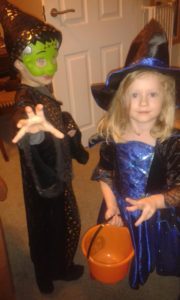 Just as we were getting ready to go Zach did an almighty poo which was scarier than any other Halloween frights according to Chris. It was my first time trick or treating too. We only went to 3 houses but the kids loved it. I got annoyed by the feral children in our road who were running out in front of cars while their parents watched on oblivious 🙁

I hope all of you reading this had a safe and spooky Halloween!