The Island Girls, by Noelle Harrison 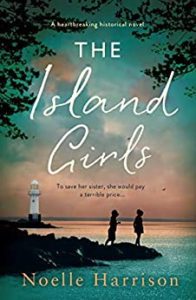 Susannah and Kate grow up on a small island. Susannah has a passion for learning and is determined to go to college whereas Kate is happy with a traditional life as a wife and mother, never leaving the island.

In the present day, Emer is mourning the loss of her sister Orla and takes a job caring for elderly Susannah as she approaches the end of her life.

The Island GIrls is a deeply moving story of love and sacrifice. I felt so frustrated, angry even, at Susannah’s mother and sister for not supporting her more or listening to her viewpoint. Their blinkered perspective ruins Susannah’s happiness. As a parent and sister myself, I can’t imagine trying to hold them back despite how scary the world may seem.

I was completely swept up in the lives of the characters and the use of letters and the dual timeline narrative to show us the past and present is effective in making both time periods come to life. I also felt frustration with Emer for wallowing in her grief and guilt, throwing away a chance at happiness. It is always a sign of a good book when it inspires such an emotional response!

Some of the topics raisied by the book are quite hard hitting including domestic abuse. But the strength of female solidarity shines through and the subordination of women by a patriarchal society is challenged by individuals. It is incredible to think that society viewed women in that way as recently as the 1950s but then Emer in the modern day is still manipulated by a man.

There are twists in the book that I did not expect and made Susannah’s sacrifice even more poignant at the end. I felt that the ending was a little abrupt although all of the different threads were concluded.

The Island Girls is beautifully written and it is easy to get lost in the world of Susannah and Emer, feeling their pain but also sharing their hopes. 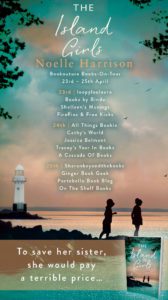 I guess our life on the island was one which never fit you right. I like to imagine you some days when I look out the window across the harbour, all those miles of sea and land between us. But, sister, we are always connected.

When young nurse Emer loses her beloved sister, she is haunted by grief and desperate to escape her memories. Taking a job in Vinalhaven, a rocky outpost in the wild Atlantic, feels like the refuge she so badly needs.

Her patient, Susannah, has lived in isolation for many years, since the tragic death of her sister Kate caused her to withdraw from island life. However, when Emer discovers a bundle of letters in a rainbow quilt in her bedroom and shares the story of her own loss, Susannah opens up. She begins to tell the story of Kate’s brutal and secret past, and her marriage to a man with a heart as cold as the ocean.

But when Emer starts asking locals about Kate, the island air sizzles with hostility. There are people who would rather that Susannah kept quiet, who have no qualms about threatening Emer. But despite the warnings to stay away, Emer is determined to find out what really happened the night Kate died – and the final secret that is keeping Susannah a prisoner to the past.

An unputdownable and unforgettable story of impossible choices and two sisters who would do anything for one another. Set on a bewitching sea-scented island, The Island Girls will burrow into your heart. Perfect for fans of Lisa Wingate, Anita Shreve and The Light Between Oceans. 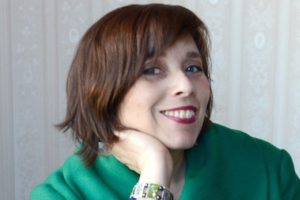 Noelle Harrison is the Irish author of nine novels and five plays and has been translated into over 13 different languages. Her short stories have been published in Lines of Vision, Irish Writing on Irish Art, & Gutter Magazine of New Scottish Writing. In 2016, Noelle co-founded Aurora Writers’ Retreats building on 20 years’ experience of teaching creative writing in Ireland, Scotland, Norway and England. 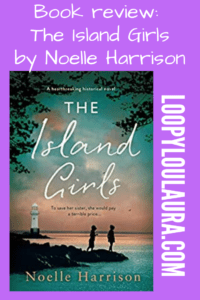