The Orphans of Amsterdam, by Elle van Rijn 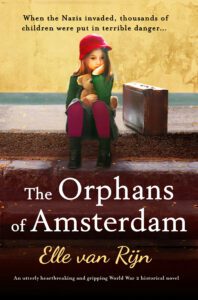 Betty Oudkerk is a Jewish nursery teacher, aged only 17. Dutch Jews are being deported but the nursery is allowed to care for the children while they wait their turn. Betty and her colleagues are determined to save as many children as they can, risking their own lives…

The Orphans of Amsterdam is an historical novel set in the 1940s in the Netherlands. It is based on a true story and the main characters depicted were real people. The notes at the end relate the outcomes for various characters, some of which are heartbreaking while others are uplifting.

Tension and dread haunt the characters as they attempt to save hundreds of children from deportation to Auschwitz. The author has done considerable research in order to convey the danger, hope, terror and bravery of the characters. I did feel that the plot was a little repetitive with the process of hiding children and falsifying documents as well as the staff’s attachment to some of the children.

The book is written from Betty’s first person perspective as she deals with the occupation of her country, the despicable treatment of Jews by the Nazis and authorities, upheaval for her family as well as her developing womanhood. The style of writing is very personal and almost chatty at times which brings Betty’s character to life. Her emotions are easy to relate to as she worries for her family and despairs of the regime that is hunting them.

The Orphans of Amsterdam is a very poignant book as it is based on real life events surrounding a group of brave people. Their actions had serious repercussions for some of them but they managed to save 600 children from almost certain death. 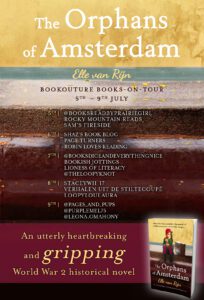 Amsterdam, 1941. My hands are so shaky I’m fumbling. Where to hide? I pull open the dresser, throw aside the blankets, put the baby in and push the drawer shut, just as the nursery door swings open. The German officer marches into the room, yelling over the crying downstairs: ‘You! Grab all the children – now!’

Based on the heart-wrenching true story of an ordinary young woman who risked everything to save countless children from the Nazis.

My name is Betty. Until a few months ago, I was just like every other nursery teacher in the city… then the Nazis came and began to take our children away. Now, the nursery is part of a German deportation centre. Little ones and their families are being forced across the border, to a place called Auschwitz. No one comes back.

So when I hear there’s an underground network to save the children, I know I have to help. Sometimes the parents won’t be parted from them, and sometimes we can’t get to them in time – there are spies everywhere. But each time I smuggle the warm, innocent bundle of a sleeping baby past the Nazi guards and into the arms of the resistance, I know it’s worth the risk.

Tonight, in the pitch black, we are readying five little ones to escape ahead of a transport tomorrow. We don’t know where they’re going, and they may never see their parents again. As I button their coats and smooth their hair, my hands trembling, I hear the nightmare sound of heavy army boots on the stairs. My breath catches and my blood runs cold…

A heartbreaking and gripping read that will have you reaching for the tissues. Perfect for fans of The Tattooist of Auschwitz, We Were the Lucky Ones and The Nightingale.

Elle van Rijn is a Dutch actress, screenwriter of series and films, and author of columns, although her greatest passion lies with writing novels.

Sign up to be the first to hear about new releases from Elle van Rijn here: https://www.bookouture.com/elle-van-rijn/ 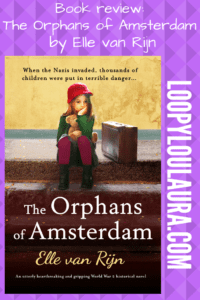