Yuck! I’m writing this after dwelling overnight on the exhibition of spitting that a young man made on the school run yesterday. He was walking in the opposite direction and spat a few metres from me. Further down the road I could see other evidence of his habit 🙁

I then worried that he has some peculiar mucus-y disease that necessitates repeated spitting. But have now concluded that he is merely a teenager and that is what they do.

Perhaps I am jealous. Not only because I am now his eyes ancient (eek!) but also because my own single foray into spitting failed catastrophically about 20 years ago (double eek!). For some absolutely unknown reason teenagers think it is cool to spit. I attempted it once whilst walking on my own, thank God. The spit ended up down my chin and clothes, not enough power behind it obviously. I never bothered again and I cannot for the life of me remember why I wanted to try it!

I wouldn’t be a teenager again if you paid me. The effort to conform (or not) at various intervals. The deep rooted, gnawing self-doubt. The raging hormones. The dread of disappointing your parents combined with the pleasure of contradicting them. The inexplicable behaviour of others. The desire to binge drink. The ridiculous spots. The frequent comparisons with others, finding yourself lacking. The insane body changes. 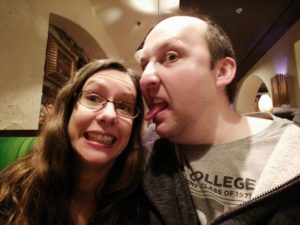