The Case of the Missing Bride, by Carmen Radtke 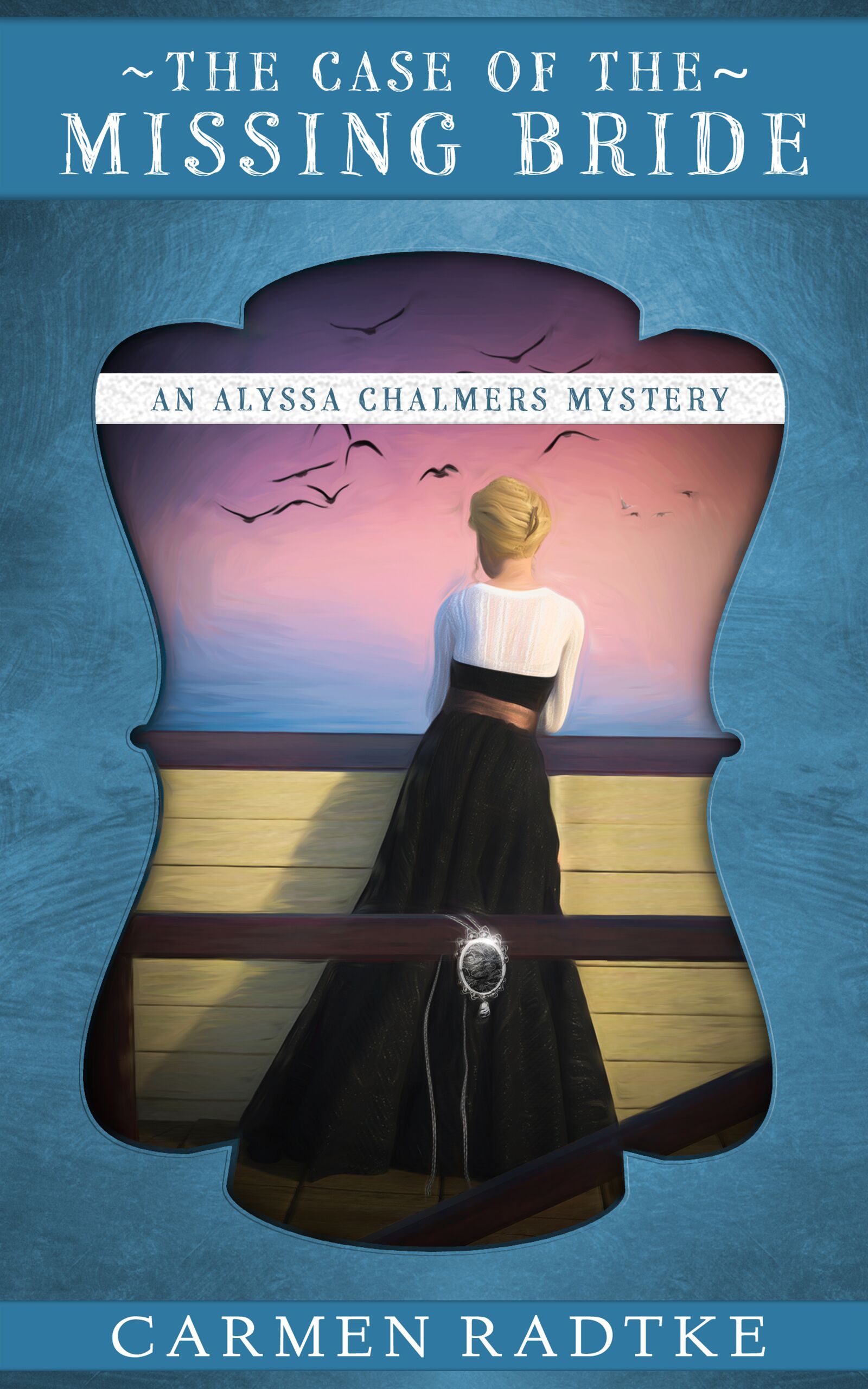 In the 1860s a group of 22 young women set sail from Australia destined for new lives and husbands in Canada. They are initially hidden below deck to protect their virtue from the all-male crew and even the captain but are eventually discovered. One woman disappears and the doctor on board begins to investigate with the help of Alyssa Chambers, one of the other women on the boat.

As a history graduate, I loved the historical setting but I’ll be honest and say I have no idea if Australian women really did set off for new lives.

The character of Alyssa is really strong and tenacious in a world where women were expected to be meek and submissive. The antagonistic relationship she develops with Doctor Bryson which is realistic and interesting, furthers the plot as well as explores their characters.

The first half of the book sets the scene and introduces all of the charcaters. There were clues in the form of a sinister perspective and journal entries so we know something bad is on its way. I was surprised to see I’d already read half of the book before the girl went missing.

I had no idea who was responsible, although I do admit to being a little confused with the different levels and roles of the men on the ship (saloon passengers, engine crew, ship crew).

Overall, this was a solid introduction to a new lead character in the form of Alyssa, although I hope she continues her friendship with the doctor, and the mystery of the disappearance was a good way to introduce her and explore her personality.

I have heard there is a sequel so watch this space…

The Case of the Missing Bride blurb

It was supposed to be the start of a happy, new life …

1862 – a group of young Australian women set sail for matrimony in Canada. Their presence is withheld from the male passengers and all but a select few members of the crew. But their worlds collide when one of the gentlemen stumbles over the women.

When one of the intended brides goes missing, only Alyssa Chalmers, the one educated, wealthy woman in the group, is convinced the disappearance is no accident. She sets out to find out what happened.

Has there been a murder?

Alyssa is willing to move heaven and earth to find out the truth. She is about to discover that there is more to her voyage into the unknown than she bargained for … 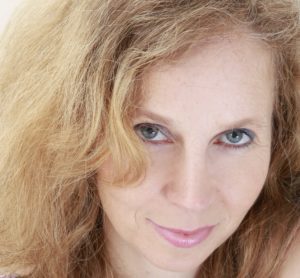 Carmen Radtke has spent most of her life with ink on her fingers and a dangerously high pile of books and newspapers by her side.

She has worked as a newspaper reporter on two continents and always dreamt of becoming a novelist and screenwriter.

When she found herself crouched under her dining table, typing away on a novel between two earthquakes in Christchurch, New Zealand, she realised she was hooked for life.

“The Case of the Missing Bride” is a former Malice Domestic finalist, inspired by a true event. Its heroine Alyssa Chalmers will soon return in “Glittering Death”.

When Carmen is not writing, reading or dreaming of travel, she is busy acting as resident cat servant.

Her website (very much a work in progress) is carmenradtke.com 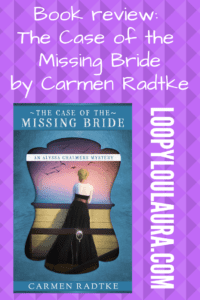 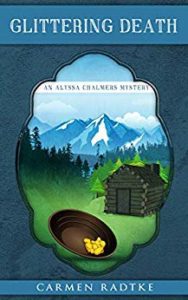 Safely on dry land after an eventful sea voyage, murder included (see my review of The Case of the Missing Bride), Alyssa Chalmers must negotiate the new direction her life is taking. The group of brides head towards their new potential husbands and Matron weds her onboard love.

Rosie made her decision on board and runs off with her lover only to be abandoned days later. She follows the group to the town and secures a job at the inn but soon the publican is found dead and she is their prime suspect.

Alyssa feels sorry for Rosie despite the antagonism she has experienced during their voyage together. Can she find the true killer and keep Rosie safe?

Alyssa’s relationship with Mr Kendrick and Dr Bryson continues to take centre stage throughout the story. I won’t give away the ending but she does choose between them…

This book seems surpringly modern despite the setting in 1862. Alyssa is very self-aware of her own limitations in society based solely on her gender. Stereotypes of the time are explored and rejected with characters seen in the modern context as individuals rather than a consequence of their social status.

Despite being a history graduate, I know little about the gold rush era in the USA and really enjoyed seeing this personal account. The book seems well researched and a careful balance of fact and fiction.

The characters are all well developed and most are likeable. Themes of social class and gender are approached within the plot. The tone and narrative is easy and enjoyable to read. I had no idea on the murderer, will you?

1862: A group of brides from Australia have arrived in British Columbia, and love is in the air – until their new-found happiness in the prospectors’ town “Run’s End” is shattered when the hotel-owner is murdered. To make matters worse, something is wrong with the stored gold at the hotel, and an epidemic makes it impossible for anyone to leave town.

The brides set all their hopes on their friend Alyssa Chalmers to find the murderer and restore peace in their new home. But the killer is cunning, and desperate …

Carmen Radtke has spent most of her life with ink on her fingers and a dangerously high pile of books and newspapers by her side.

She has worked as a newspaper reporter on two continents and always dreamt of becoming a novelist and screenwriter.

When she found herself crouched under her dining table, typing away on a novel between two earthquakes in Christchurch, New Zealand, she realised she was hooked for life.

“The Case of the Missing Bride” is a former Malice Domestic finalist, inspired by a true event. Its heroine Alyssa Chalmers will soon return in “Glittering Death”.

When Carmen is not writing, reading or dreaming of travel, she is busy acting as resident cat servant.

Her website (very much a work in progress) is carmenradtke.com 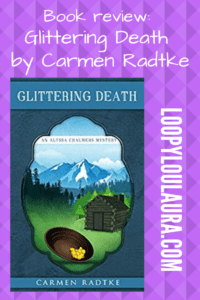 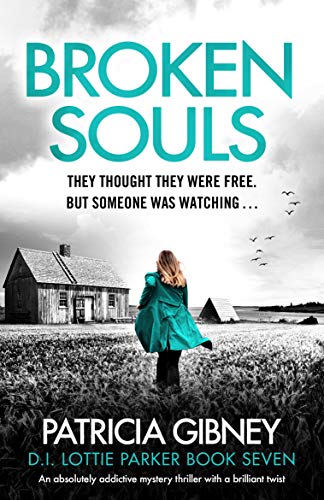 Broken Souls is the seventh book in the DI Lottie Parker series (read my review of book 6 Final Betrayal).

Two apparent suicides are discovered but both are wearing wedding dresses so suspicions are raised that the deaths were in fact murders. One of the women had an 8 year old daughter but she is now missing: has the murderer taken her or has she been abducted by someone else?

Lottie’s personal relationship with Boyd has become complicated. They have agreed to marry biut are keeping it quiet until she feels ready to tell her children and face her superior officer. This has led to tension and Boyd starts behaving oddly, taking time off and making secretive visits to his mother. Lottie thinks he may be having an affair…

There is a careful balance in Patricia Gibney’s narrative between the suspects and the police perspective. This has the effect of allowing us to gain a deeper understanding of their behaviours and draw our own conclusions. There are heartbreaking glimpses into the mind of the killer as we see flashbacks to his unhappy childhood.

The plot is delivered in quite a fast pace through short chapters to represent the urgency of the case, in particular finding the lost little girl. A whole heap of suspects are acting suspiciously so Lottie and her team have a tough job getting them to reveal the truth. The victims and suspects are all linked together in a complicated web of family ties and business dealings.

Broken Souls is full of mysteries and secrets; it will keep you guessing! 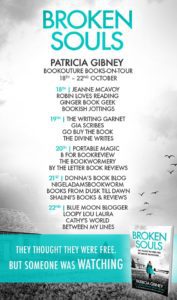 ‘She shivered, though the kitchen was warm. Icicles of foreboding trickled down her spine. With trembling hands she whipped back her hair at the nape of her neck. As she turned away from the window, she missed the shadow passing by.’

One dark winter’s morning, bride-to-be Cara Dunne is found hanging in her home, dressed in her wedding dress, with a lock of hair removed. Detective Lottie Parker is first on the scene. Looking at Cara’s bruised and battered body, she wonders who could have hated her enough to kill her at the happiest time of her life.

The case takes a darker turn that afternoon with another shocking discovery – the broken body of a second young woman, pushed from the roof of the hospital where she worked. Fiona Heffernan was also due to be married, and her body is clad in a wedding dress, a lock of her hair cut off.

The killings seem so personal that Lottie is convinced the girls have been killed by someone they knew. When she goes to break the news to Fiona’s family, she’s on the alert for anything suspicious. But then she makes a discovery that causes her blood to run cold – Fiona’s eight-year-old daughter Lily didn’t return home from her dance recital that afternoon. Terrified that Lily will be the next victim of a twisted and dangerous individual, Lottie takes the case into her own hands, risking her life when she comes face-to-face with the killer…

If you love Karin Slaughter, Robert Dugoni and Rachel Caine, you’ll be hooked by this heart-stopping thriller from Patricia Gibney. Broken Souls will keep you guessing until the very last page! 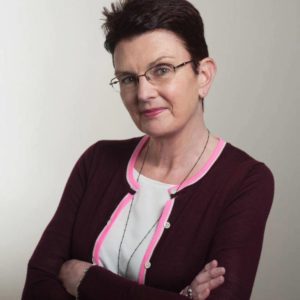 Patricia is the million-copy bestselling author of the DI Lottie Parker series. She yearned to be a writer after reading Enid Blyton and Carolyn Keene and even wanted to be Nancy Drew when she grew up. She has now grown up (she thinks) but the closest she’s come to Nancy Drew is writing crime! In 2009, after her husband died, she retired from her job and started writing seriously. Fascinated by people and their quirky characteristics, she always carries a notebook to scribble down observations. Patricia also loves to paint in watercolour and lives in the Irish midlands with her children. 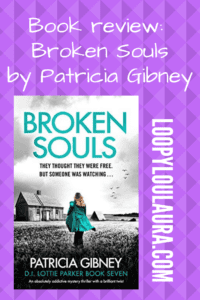